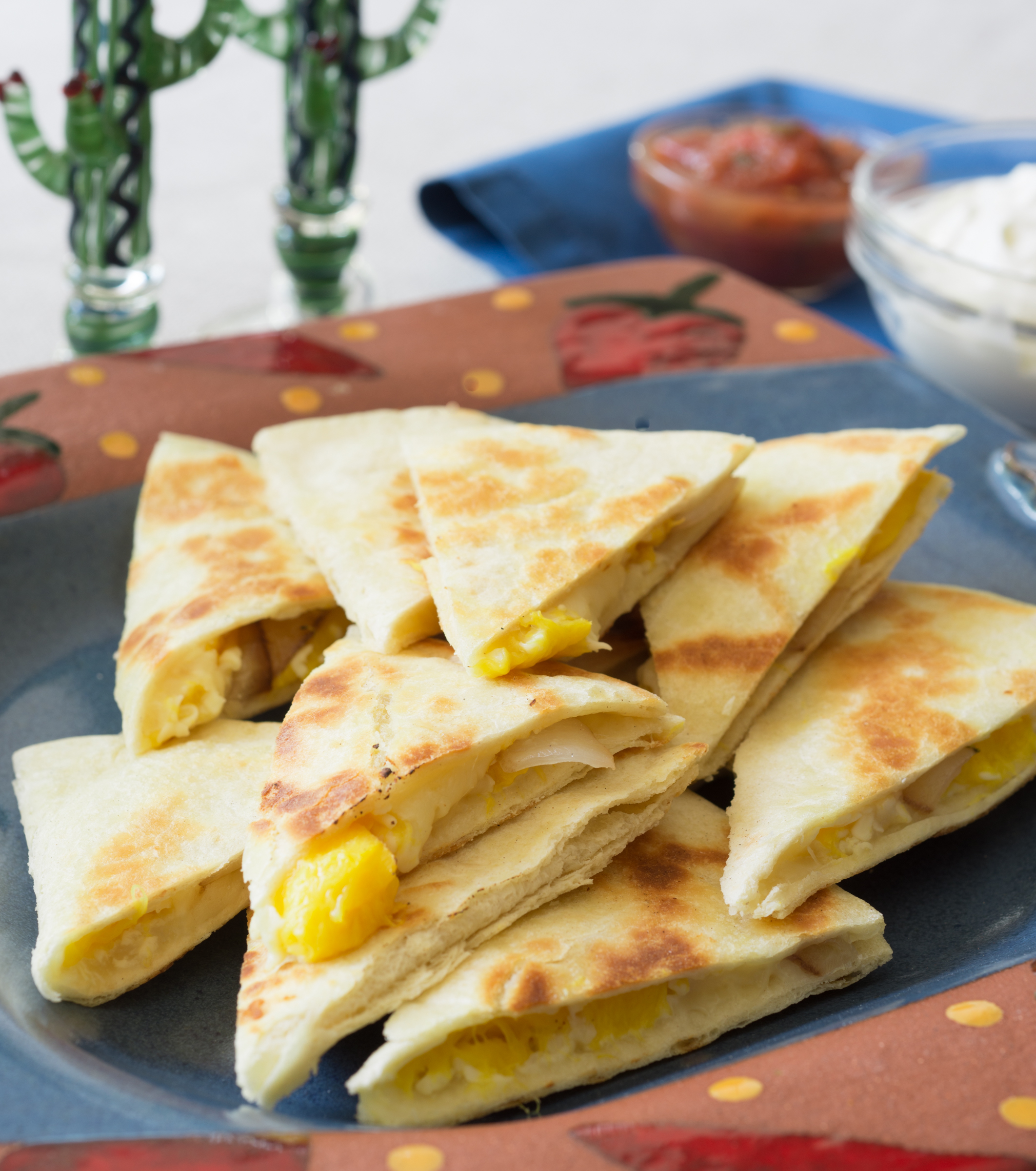 The first Jews of Mexico arrived with the Spanish conquistador Hernando Cortes in 1521.  These Jews were Conversos or crypto-Jews, so called because they were forced by the Spanish Inquisition to become Catholic and had to practice their Jewish faith in secret. It is estimated that by the middle of the 1600s there were more crypto-Jews than Spanish Catholic in Mexico City. Over time, most of these Conversos and their descendants became faithful Catholics, though many continued to light candles on Friday night and keep their milk and meat foods separate.

Most of the Jews in Mexico today are descendants of Jews who immigrated from Eastern Europe beginning in the mid-1800s, as well as Sephardic Jews who left the fallen Ottoman Empire in the wake of World War I and German and other European Jews who fled Nazi- occupied Europe in the 1930s.

Children love these “grilled cheese” treats all year round but they can be served at the Jewish New Year symbolizing “sealing” our hopes for the coming year or for Hanukkah, remembering the Heroism of Judith who saved her community from annihilation by feeding salty cheese and wine to Holofernes so that he would be too drunk to lead his army (this is a more child-friendly version of the story with the same successful ending).

Any leftover cooked vegetables, like mushrooms, onions, or broccoli (optional)

Any small pieces of fresh fruit, like mango, apple, peaches or grapes cut in half (optional)

Note: Fresh diced fruit or cooked vegetables can be added to the cheese before folding and frying for a more substantial filling.

Click here to view a video preview of the E-book.

Number of items in cart: 0

Explore, Learn and Cook with Me in Israel!!!